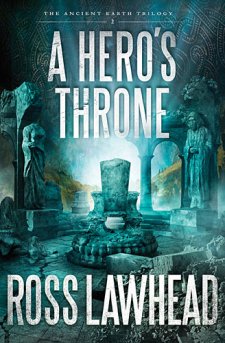 Deep beneath the streets of England lies another realm . . . one few in our modern world know exists. Daniel and Freya, however, know it all too well. Eight years ago, these friends first journeyed through portals into the hidden land of NiÃ°ergeardâ€”discovering a city filled with stones, secrets, and sleeping knights that serve to protect the world they call home.

But NiÃ°ergeard has fallen to dark forces, overrun by its enemies. Gates are being opened between the worlds that should have been kept closed. The battle lines for the war at the end of time have been drawn, and opposing forces are starting to gather.

Having served for centuries as the first and last outpost at the borders to other worlds, NiÃ°ergeard must be reclaimed and the mystery of its fall discovered. Daniel and Freya, along with an ancient knight and a Scottish police officer, must return to the legendary city, rally the surviving citizens, and awaken the sleeping knightsâ€”knights who are being killed, one by one, as they sleep.

But time is running out faster than they know.

First, I must say that this is NOT a stand alone novel.Â Â  If you haven’t yet read The Realms Thereunder, book one in the series, then you can read my review here.

If you have read The Realms Thereunder, then prepare to be reunited with its cast of characters as the saga continues.Â  In this fascinating sequel there is character growth and character decline.Â  New children enter into the tale as dark myth and legend move into modern day.

I found the pace of A Hero’s Throne a bit quicker than that of its predecessor as many new and old tales were woven into the storyline.Â  Again, the story is not without significant violence, but it remains in keeping with the overall struggle against darkness around which the series revolves.Â  As expected of a middle book, the plot trails off without resolution, so readers are left awaiting the conclusion of the trilogy.

All in all, I am captivated by the imagination and intricacy of this series and I look forward not only to reading the conclusion of this Ancient Earth Trilogy, but I also look forward to future work from Ross Lawhead.Â  This up and coming author is one that I will be watching as his writing career progresses.

Thank you to Thomas Nelson Publishing for providing me with a free digital copy for review.