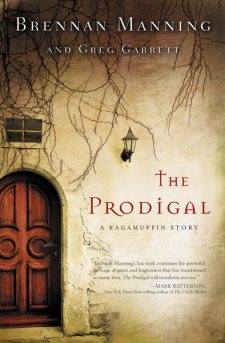 From the inspirational author of The Ragamuffin Gospel comes a powerful contemporary retelling of the Parable of the Prodigal Son.

Jack Chisholm is “the people’s pastor.” He leads a devoted and growing megachurch, has several best-selling books, and a memorable slogan, “We have got to do better.”  Jack knows how to preach, and he understands how to chastise people into performing. What he doesn’t know is anything about grace.

This year, when it comes time for the Christmas sermon, the congregation at Grace Cathedral will look to the pulpit, and Jack will not be there. Of course, they will have seen plenty of him already—on the news.

After an evening of debauchery that leads to an affair with his beautiful assistant, Jack Chisholm finds himself deserted with chilling swiftness. The church elders remove him from his own pulpit. His publisher withholds the royalties from his books.

Worst of all, his wife disappears with their eight-year-old daughter.

But just as Jack is hitting bottom, hopeless and penniless, drinking his way to oblivion, who should appear but his long-estranged father, imploring his prodigal son: “Come home.”

A true companion piece to The Ragamuffin Gospel, The Prodigal illustrates the power of grace through the story of a broken man who finally saw Jesus not because he preached his greatest sermon or wrote his most powerful book, but because he failed miserably.

Jack Chisholm lost everything—his church, his family, his respect, and his old way of believing—but he found grace. It’s the same grace that Brennan Manning devoted his life to sharing: profound in nature and coming from a God who loves us just as we are, and not as we should be.

The Prodigal is the type of book I could read over and over.

In the first chapter, as I read Pastor Jack Chisholm’s words – the ones he preached from his pulpit – I found myself wanting to yell out “No, NO, NO!”

This man who knows the Scripture sees it all through a skewed filter, a measuring stick of becoming worthy enough to approach God.  He doesn’t promote good works out of a love response to the Father, but out of a need to earn God’s approval, much the way he has always needed to earn his earthly father’s approval.

And then in a moment, saturated with alcohol and throwing caution to the wind, he loses everything he has ever built: his reputation, his church, his family.  Angry and unrepentant Jack has to hit bottom in order to look up and find an offering of grace.

I loved the characters in this novel: the real, the honest, the flawed and the struggling.  I loved the small town setting: the community, the rumor mill, the heartache and the gathering together around a common cause.  I loved the church: the hope, the confusion and the place where Jack learns to “tell the truth and preach the gospel.”  I loved the novel.  It was redemptive in every way.

That doesn’t mean that every loose end was neatly tied up in a perfect happily ever after.  It wasn’t.  The story was honest and hard and real, but it was full of the hope and grace that God offers to each of us, ragamuffins one and all.

This is a tale of the rest of the story.  This is a novel about what happens after the prodigal turns around and heads back toward the Father.

This is a story of being loved.

This is a story about coming home.

This is a book worth reading.