Book Review: One Realm Beyond

Book Review: One Realm Beyond

February 10, 2014January 12, 2015
Administrator
Books
Comments Off on Book Review: One Realm Beyond 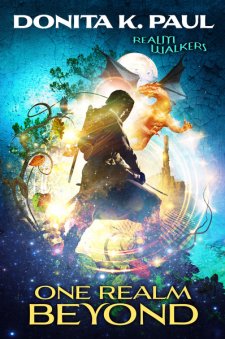 Cantor Dâ€™Ahma waited his whole life for this day. Born with a gift to jump between worlds, the young realm walker is finally ready to leave his elderly mentor and accept his role as protector and defender of the realms.

But mere hours after he steps through his first portal, Cantor discovers that his job will be more dangerous and difficult than he ever imagined. The realms are plagued with crime and cruelty, and even members of the once-noble Realm Walkers Guild can no longer be trusted. To make matters worse, his first assignment – finding a dragon to assist him on his quest—has led him to Bridger, who is clearly inept and wonâ€™t leave him alone.

With the help of his new friends Bixby and Dukmee, Cantor must uncover the secrets of the corrupt guild before they become too powerful to be stopped. But his skills arenâ€™t progressing as fast as he would like, and as he finds himself deeper and deeper in the guildâ€™s layers of deceit, Cantor struggles to determine where his true allegiance lies.

Hurray!Â  That was my very first thought upon hearing that Donita K. Paul released the first novel in a new series.

I always find Donita’s novels wildly inventive; full of creativity, adventure and charm.Â  This first installment in the Realm Walkers series was no exception: it was exceptional.

The characters are endearing.Â  The storyline is compelling.Â  The imagination is stunning.

Donita manages to present evil without being dark, struggle without weighing the reader down and challenge without letting go of hope.Â  She presents talent with weakness, skill with need and she highlights the need for companions along the journey.

Written for teens and entertaining for adults, I give One Realm Beyond 5 Stars.