In this sequel to Doon, Mackenna Reid realizes she made a horrible mistake – choosing to follow her dreams of Broadway instead of staying in the enchanted land of Doon. To make everything worse, she’s received her Calling – proof she and Duncan are each other’s one true love – and it’s pure torment, especially when visions of the very alluring Scottish prince appear right before she goes on stage. So when Duncan tells her an ancient curse threatens to overtake Doon and the new queen needs her to return, Kenna doesn’t have to think twice. With darkness closing in on all sides, Kenna and Vee must battle a world of nightmares in order to protect the kingdom. But it will take the ultimate test of courage for Kenna to salvage her happily ever after.

This is the second book in the Doon series, written and marketed for older teens.Â  If you enjoyed the first book in the series, creatively spun off of the 1954 Brigadoon musical and Scottish legend, then it is likely you will enjoy this novel as well.Â  The story continues in the same fast paced, fantasy and teenage romance style as its predecessor.Â  But be aware, once again, the book ends with a cliff hanger (one you see coming, but still, the story does not wrap up when you turn the last page).

If you missed book one, I would recommend reading it first.

Here is the synopsis for book 1: Doon:

Veronica doesnâ€™t think sheâ€™s going crazy. But why canâ€™t anyone else see the mysterious blond boy who keeps popping up wherever she goes? 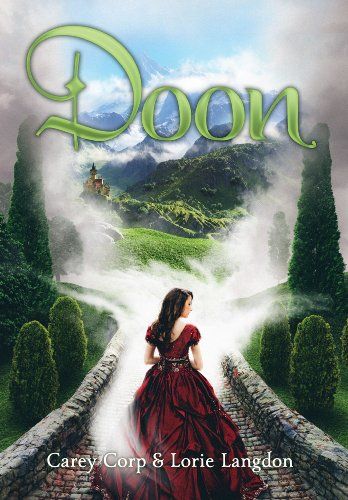 When her best friend, Mackenna, invites her to spend the summer in Scotland, Veronica jumps at the opportunity to leave her complicated life behind for a few months. But the Scottish countryside holds other plans. Not only has the imaginary kilted boy followed her to Alloway, she and Mackenna uncover a strange set of rings and a very unnerving letter from Mackennaâ€™s great aunt—and when the girls test the instructions Aunt Gracie left behind, they find themselves transported to a land that defies explanation.

Doon seems like a real-life fairy tale, complete with one prince who has eyes for Mackenna and another who looks suspiciously like the boy from Veronicaâ€™s daydreams. But Doon has a dark underbelly as well. The two girls could have everything theyâ€™ve longed forâ€¦ or they could end up breaking an enchantment and find themselves trapped in a world that has become a nightmare.