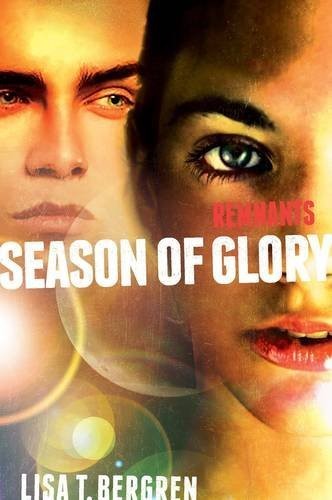 In the third and final volume of the Remnants series, the power of the Remnants and their people are growing, threatening Pacificaâ€™s careful plans for domination. Among the Trading Union, village after village, outpost after outpost, and city after city are drawn to people of the Way, and agree to stand against those who hunt them. But Pacifica intends to ferret out and annihilate the Remnantsâ€”as well as everyone who hasnâ€™t sworn allegiance to the empireâ€”setting the stage for an epic showdown that will change the course of a world on the brink â€¦ forever.

Season of Glory is the third book in the Remnants series after Season of Wonder and Season of Fire.Â  This is not a stand alone novel and you need to read the first two books before diving into this one. (Book one and two are both on sale for $1.99 at the time of this post.Â  Click on their title above to see them on Amazon)

Season of Glory is everything that I could want in a conclusion to a series.Â  With a number of twists and turns it kept me on the edge of my seat truly uncertain of the final choices of several of the characters.

This series was a beautiful portrayal of what it means to walk into your destiny, through the wonder of a unique calling, the fire of suffering and the glory of a life surrendered to Love.Â  I loved it.

I received a pre-release digital galley in exchange for my honest opinion.