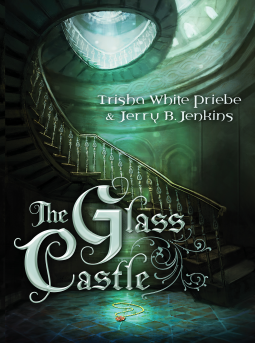 The king is growing old and is concerned about who will replace him. His new wife wants to produce an heir to the throne. The only problem? The king’s first wife gave birth to a son, and no one knows for sure what happened to him. Rumors swirl throughout the castle. The solution is simple: dispose of all orphans in the kingdom. Except, it isn’t that easy. Avery and her friends won’t go quietly. And what they’ve discovered could blow the kingdom apart.

Amazon lists The Glass Castle in the category of books for teens and the main characters are all thirteen years old.Â  I, however, don’t believe the simple writing style is geared toward teens, but is more suitable toward the 8-12 age bracket.

I had a really hard time staying interested in this novel until my kindle told me I was 58% of the way through the book.Â  Honestly, if I hadn’t agreed to review the book I would have stopped reading after the first chapter. Â There was plenty of action, the story starts with a kidnapping, but I took a fairly swift dislike to main character Avery and without a character to connect to the story was slow to draw me in.Â  Once I was finally engaged in the story I was enjoying myself until the story just stopped.Â  The book didn’t draw to a close while leaving you with questions to be solved, it simply ended as if someone had torn out the final chapters of the book.Â  I’m not a fan of cliff hanger endings in children’s literature, but if you are going to write a cliff hanger I expect more than an abrupt halt.

Overall, the plot was creative, the content was clean and the story line did seem to be heading somewhere interesting, but for the length of time it took for me to feel even remotely connected to the characters and the non-ending, I’d have to give it an average three stars.

I received a free pre-release digital copy of this book in exchange for my honest opinion.