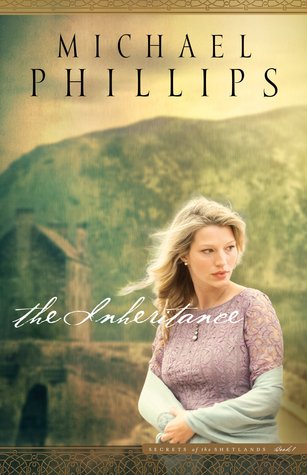 The death of the clan patriarch has thrown the tiny Shetland Islands community of Whale’s Reef into turmoil. Everyone assumed MacGregor Tulloch’s heir to be his grand-nephew David, a local favorite, but when it is discovered that MacGregor left no will, David’s grasping cousin Hardy submits his own claim to the inheritance, an estate that controls most of the island’s land. And while Hardy doesn’t enjoy much popular support, he has the backing of a shadowy group of North Sea oil investors. The courts have frozen the estate’s assets while the competing claims are investigated, leaving many of the residents in financial limbo. The future of the island–and its traditional way of life–hangs in the balance.

Loni Ford is enjoying her rising career in a large investment firm in Washington, DC. Yet in spite of her outward success, she is privately plagued by questions of identity. Orphaned as a young child, she was raised by her paternal grandparents, and while she loves them dearly, she feels completely detached from her roots. That is until a mysterious letter arrives from a Scottish solicitor. . . .

Past and present collide in master storyteller Phillips’s dramatic new saga of loss and discovery, of grasping and grace, and of the dreams of men and women everywhere.

Michael Phillips writes in a slow, classical style not unlike George MacDonald, whose novels he has modernized.Â  Fans already know and love his style, but people unfamiliar with his writing might want to consider what they are looking for in a story.Â  If you are looking for a brisk pace and lots of action, then you will want to choose another author.Â  If you are looking for a tale that slowly unwinds and focuses on what is happening beneath the surface of things then I imagine you will like The Inheritance.

I enjoy a thoughtful and reflective writing style, but I must admit that moving from a stack of review novels by other authors to this book made the slow start to the story stand out and I did have a bit of trouble engaging.Â  Another factor in my slow engagement with this novel is that I have never liked books that jump between places and people without any obvious connection.Â  However, once the story line began to develop and the characters’ intersections showed greater substance, I found the book more and more interesting.

I loved the glimpse of a life on a small Scottish Island.Â  I wrestled with some of the themes, especially the rejection of a formalized idea of church (though the characters’ motivations for each of their rejections were clear).Â  I disliked the characters that the author meant the reader to dislike (though I appreciated that every character was layered and none was pure villain) and I found myself cheering for the characters who showed a depth of understanding, curiosity and kindness.

Though the story did not end, the book closed well and I am certain I will pick up the next book in the series when it is released.

I received a free, digital galley of this book in exchange for my honest opinion.