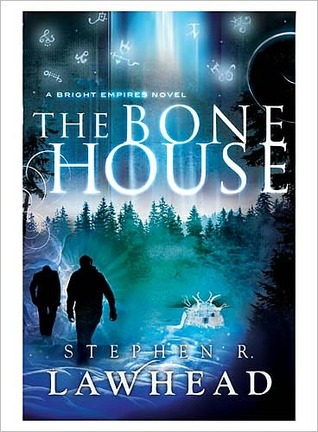 One piece of the skin map has been found. Now the race to unravel the future turns deadly.

Kit Livingstone met his great grandfather Cosimo in a rainy alley inÂ London where he discovered the truth about alternate realities.

Now he’s on the run-and on a quest-trying to understand the impossible mission he inherited from Cosimo: to restore a map that charts the hidden dimensions of the multiverse. Survival depends on staying one step ahead of the savage Burley Men.

The key is the Skin Map-but where it leads and what it means, Kit has no idea. The pieces have been scattered throughout this universe and beyond.

Mina, from her outpost in seventeenth-century Prague, is quickly gaining both the experience and the means to succeed in the quest. Yet so are those with evil intent who, from the shadows, are manipulating great minds of history for their own evil purposes.

Those who know how to use ley lines have left their own world behind to travel across time and space-down avenues of Egyptian sphinxes, to an Etruscan tomb, a Bohemian coffee shop, and a Stone Age landscape where universes collide-in this, the second quest to unlock the mystery of The Bone House.

The Bone House improves in every way upon my minor disappointments with book one.

The writing style is more carefully crafted and the transitions are better set so that the reader doesn’t get lost in the multitude of jumps between different places in different times. I especially liked the creative chapter titles and the clues they gave to what was coming next. Even the character development shows significant improvement. All in all, the writing is more classical Lawhead and I loved it.

The theme of the series fascinates me and I appreciate how the characters delve into the theories in great depth. I personally didn’t think that that this in any way weighed down the tale, but then again, I enjoy science, history, philosophy and theology, all of which are present to some extent in the story.

The extra dimension of having a story set across time and space, so that you are following a story line through ancient Egypt, medieval Europe and prehistoric lands makes for an exciting and interesting tale.

This series just keeps getting better. I can’t believe I have to wait until September of 2012 before I get to read the next installment.

—-
Thank you to Thomas Nelson Publishing for sending me a review copy of this book in exchange for my honest opinion.

And for those who haven’t yet dived into the Bright Empires, here’s the trailer for book one in the series: The Skin Map.Â  I love this trailer!Â  The Bright Empires would make a great movie or TV mini-series!Â  And yes, this is a series where you do HAVE to read the books in order if you want to have any hope of understanding the greater story.