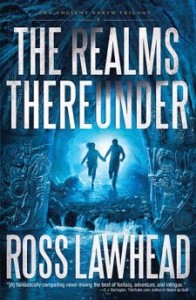 Uncover a land that has been hidden for over a thousand years.

Beneath the land of Britain, a great army is sleeping. On a visit to an old church, Daniel Tully and Freya Reynolds awaken two ancient knights from a centuries-old slumber. They are kidnapped and taken to an underground city that stands in peril, besieged in all directions by a vicious warhost. Nidergeard is the only thing protecting the upper world’s blissful ignorance of mythical forces that have been held at bay since the creation of the world. In order to return home, Daniel and Freya must strike at the heart of the opposer’s power.

Fast forward eight years. Daniel, now homeless, still wages what he believes to be a righteous war against those he judges to be evil. Freya has tried to put the past behind her and concentrate on getting an education, a job, and a life. When they reconnect in Oxford, unseen forces begin to ally against them. Daniel is pulled through a portal and into another world. Freya is abducted by someoneâ€”some thing. After they finally break free, neither can deny the truth . . . the battle is not over.

With a thrilling narrative that draws heavily upon British mythology, The Realms Thereunder will quickly establish Ross Lawhead as a major new voice in fantasy.

In The Realms Thereunder Ross Lawhead weaves a fascinating tale of knights and valor, myth and mythology, black and white and shades of gray.

Follow main characters, Daniel and Freya, as they live an adventure and recount their tale of a journey begun, but not yet ended.Â Â  Eight years ago Daniel and Freya stepped into the impossible world of the realms thereunder.Â  In this realm of sleeping knights, enchantments, heroes and villains they journey to find out who they are, where they belong and whether they will stand for a greater cause.Â  Now the adventure is circling back upon them.Â  Dark forces conspire. Confusion and traps lie around every bend.Â  Where will this journey take them and do they have the courage to embrace what awaits?

I enjoyed this story.Â  The twists and turns of the plot kept my interest and the authorâ€™s use of legend, myth and history added fascinating dimension to the tale.Â  While I occasionally wished that the timelines were less intertwined, I never lost interest in where the story was heading.Â  The characters were humanly flawed enough to be real and the tensions between characters moved the story forward with both depth and believability (despite the fantastical elements of the tale).

The pace of the book was slow and thoughtful, even while being full of action.Â  This style of writing appeals to me personally, but if you are looking for a constant cliff-hanging thriller that you will stay up all night reading, then the pace of this novel may not be to your liking.Â  Also, you should be aware that there is not a small amount of battle violence in this tale.

I enjoyed accompanying Daniel and Freya on this adventure and will be keeping an eye out for book two: The Fearful Gates.

*** I received a free copy of this book in exchange for my honest opinion ***Â  Click on the cover image to see this book at Amazon.

One thought on “Book Review: The Realms Thereunder”